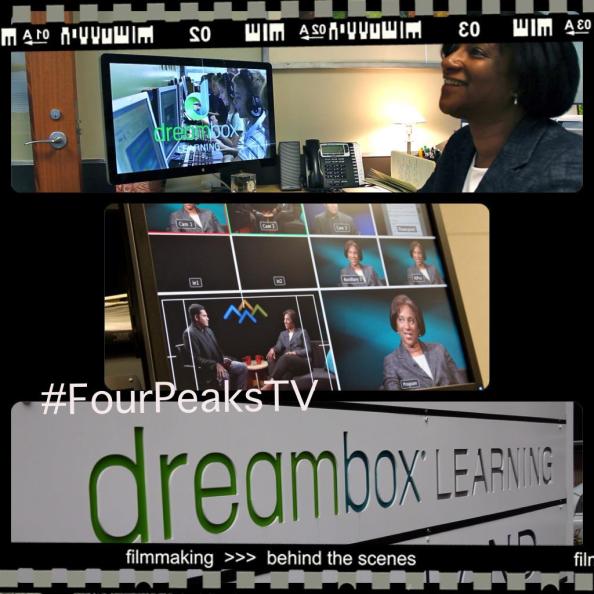 I’m startled to see that UWTV has uploaded our Four Peaks show to YouTube’s EDU channel, listing my interviews with our region’s remarkable movers and shakers (such as National Science Medal recipient Dr. Leroy Hood) as “Lectures in this Course.”

As an educator and communicator, this pleases me to no end. Immediately I started to wonder about our original aspirations for television as a teaching medium, especially as the curtains lifted on its “Golden Age” in the 1950’s.

Peruse this remarkable research document from 1951 exploring the need to lift the freeze on new TV stations as Americans began to accept television’s value proposition:

Most educators agree with F.C.C. Commissioner Frieda Hennock that “television can bring about as great an expansion and revitalization of education as did the development of printing in the early days of the Renaissance…

Public response to telecasting of major events during the last twelve months has gone far to dispel skepticism about the educational-informational potentialities of television. In the weeks after the outbreak of war in Korea, in June 1950, several million persons watched the televised proceedings of the United Nations Security Council. An estimated 20 million to 30 million viewed telecasts of the Kefauver committee’s crime hearings in New York, Washington, and other cities. Over 18 million persons are believed to have watched the live telecast of Gen. MacArthur’s address to Congress in April and millions more saw it rebroadcast from film. [McNickle, R. K. (1951). Television in education. Editorial research reports 1951 (Vol. I). Washington, DC: CQ Press.]

We all know how this story ended; Clay Shirky in Cognitive Surplus considers our TV addiction “maladaptive and self-anesthetizing” even as Edward R. Morrow thought the writing was already on the wall in 1958: “[I]f they are right, and this instrument is good for nothing but to entertain, amuse and insulate, then the tube is flickering now and we will soon see that the whole struggle is lost.”

The struggle is not lost.

I’ve always seen Four Peaks less as a TV show, and more as educational content to be used as currency to engage — both with the influencers that I interview, and the people we wish to convene through our graduate program’s ever-expanding communities and networks. Although my “claim to fame” is as a TV professional at NBC News and CBC, as well as a filmmaker whose films have been broadcast around the world, we “cut the cord” years ago. So I can’t even watch my own show on TV — and don’t. I rely on Netflix, iTunes, Snagfilms (my films are available on all of those online channels), YouTube and Vimeo.

We’ve had a remarkable partnership with our university’s public channel, UWTV, giving us the freedom to craft a program free of commercial concerns. But until now, we’ve had to work with that organization’s “TV-first” strategy, which means we couldn’t share our content with our online communities until it was broadcast — and my family couldn’t watch it! Thankfully, partly in consultation with me, that approach is now history as UWTV transitions from a TV station to a media services organization. The next season of Four Peaks may well show up in its entirety online (think Netflix and House of Cards binge viewing), or at least have a robust platform independent of its TV screening schedule. This corresponds neatly with the premise of a recent must-read LostRemote.com article “The one thing that will change the business of television:” over-the-top (OTT) streaming services:

OTT services tout their inherent “anytime anywhere” model but human behavior also underscores the importance of real-time connection with one another. That’s one of the draws to watching TV when it airs – especially in the social TV era of television. There’s excitement, hope, and anticipation that happens in between linear TV episode airings. Communities form and grow over time, and engage across platforms before, during, and after a show’s broadcast. While on-demand is “in demand” so still is live television. The two must (and can) coexist under the umbrella of “TV.”

I’m increasingly solicited on the street, and online, by viewers who express their appreciation for our show’s deliberative focus. I was utterly inspired after my interview with Dreambox Learning’s CEO Jessie Woolley-Wilson, and so was one of our Facebook followers who remarked “This was one ‘the most’ informative, thought provoking and inspirational interviews I’ve seen in a long time.”

Even as Season 2’s shows have cycled through once on our syndication partner Northwest Cable News’ airwaves, we’ve just completed filming for Season 3 “The Innovators” in collaboration with the new Center for Innovation at the Museum of History and Industry. The aforementioned Leroy Hood and Jessie Woolley-Wilson shows are a preview of what these new episodes will look like — I think they’re on par with some of the best TED talks. With that in mind, we’re now developing an ambitious engagement strategy around “The Innovators” that will debut in September, online, on-air, and in-person. A little “OTT” perhaps, but this is how we now seek to connect to content — and through content.