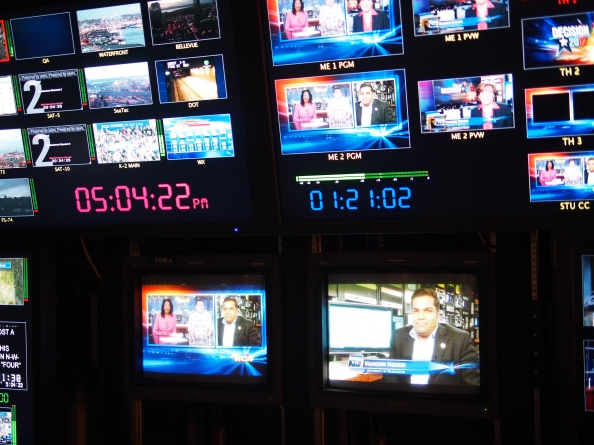 After the 2008 election, I hosted a conversation called “The First Digital President.” Barack Obama’s win was partially attributable to his online engagement and fundraising — primarily via a still-novel Facebook platform. But as a German news organization reported today:

There are now ten times as many Facebook users and five times as many Twitter accounts as in 2008, and half of all US citizens are registered on Facebook.

Despite, this incredible increase in digital media usage, online engagement is still perceived as a bit of a novelty. Hence my role Election Night as a “social media correspondent” on Seattle-based Northwest Cable News, as well as my appearance on our local public radio station about “second screen” opportunities. Silicon Valley mainstay Marc Andreessen actually goes as far as to declare 2012 as the last “social media election,” when digital goes beyond remarkable (especially given the billions candidates spent on TV ads this year, twice as much as in 2008) and becomes our mundane way of doing business during the election season.

There is going to be a national election that is going to be about the Internet the way that 1960 was about TV for the first time with the Kennedy/Nixon debate,” says Andreessen. “That hasn’t happened yet. Best guess would be 2016, but could be 2020 or conceivably one of the midterms 2014 or 2018…When that happens, everything changes. The spending will tip, and the campaigning methods will change.

I think it’s obvious that the 2024 election will be conducted entirely online,” says Andreessen. “The entire thing, front to back, all the advertising, and most likely including voting itself. Between here and there things should be very interesting.

But we’re still in this transitional period where television retains its disproportionate currency as an influential medium. So I’ll use whatever works to promote my graduate program, as well as our Four Peaks TV program, which debuts in primetime this Saturday on Northwest Cable News (and the TV show promotes the graduate program — see the circular sales routine? Check out also Am I a brand? And is that ok?).

Here’s how I stay on top of Election Night on-the-fly:

– I’ve compiled my notes in an Evernote notebook, which I’ve made publicly available

– I’ve set up my Google Chrome browser (which syncs so nicely across platforms), with the following sites:

I’ve set up a Twitter list for the candidates, their running mates, spouses and parties. I’m also following #election2012, as well as our own #NWelex. Given Instagram’s huge coming out during Hurricane Sandy, I’ll also keep an eye on #election.

For those who watch the coverage on TV, as well as engage on their “second screen” mobile device, I’m going to rely primarily on Facebook and CNN’s livestream, as well as NBC’s new app partnership with zeebox. GigaOm has a terrific, up-to-date list of Where to watch the 2012 presidential election live online. Of note for cable cutters is the Wall Street Journal’s live video coverage (Apple TV etc.) as well as ABC News in partnership with YouTube. CNN’s iPad app looks good too. I still need to get up to speed on Reddit — I welcome advice from experienced users of that platform.