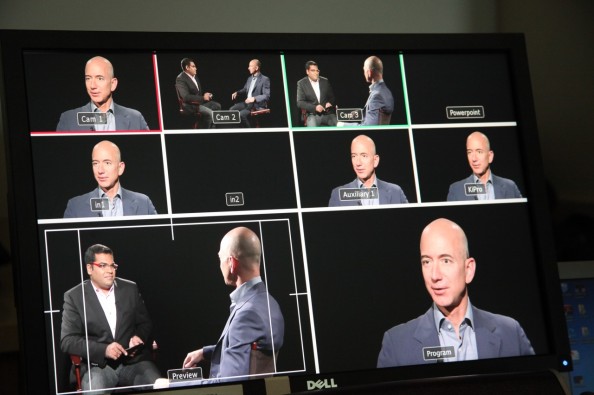 Over the span of seven weeks this spring, I interviewed 14 “innovators” from the Seattle region (which you can watch here). Actually, I interviewed them twice — once for our Four Peaks TV show, once for a new exhibit on innovator at the Museum of History & Industry. At the Bezos Center for Innovation VIP opening on October 11th, I interviewed several of them again, which produced this fast-moving culmination of the series, “City of Innovation: The Secrets of Seattle’s Success.” It airs this week, but as always, it’s right here, right now:

Sometimes, I’d go toe-to-toe with three of these “world changing luminaries” (as University of Washington history professor Margaret O’Mara described them when she shared the above video on her Facebook page) in one day, frantically switching channels in my brain from a retail coffee empire to biostatistics to baseball in 120 minute time slots. With Amazon founder Jeff Bezos, I had the luxury of no more than an hour — from the time that he sat down in the chair across from me, to the point when we parted after shooting a tour with him through the museum. Bezos was the exception in three other ways:

(3) It was the only interview that I eschewed my iPad Mini as digital notepad, and paid my subject the courtesy of using my Kindle Paperwhite for our conversation. Besides, I didn’t need to trigger any videos from my device as we wouldn’t know until later what sections of the discussion would go into the museum, what what we’d allocate to the show.

Strangely, I was never nervous once the camera’s red light illuminated, even as I faced down overwhelmingly raw genius before me (two McCarthur geniuses actually, three multibillionaires, a former protégée of Stephen Hawking, Bill Clinton’s former speechwriter, a three-times cancer survivor, a large number of startup whizzes and a uniformly courage set of visionaries). Nor was I alone: with executive producer Scott Macklin in my ear, associate producer Ashley-Rose O’Mara initiating research and juggling logistics, Jennie Verador making me up to look better on camera than I do in real life, and a seasoned three-camera (astounding resources for a public television station) UWTV production crew that always had my back.

Perhaps it was the spirit of Seattle that emboldened me, but I heard after-the-fact from several that they had “never revealed personal details like that before,” or it was “the best interview they had ever done,” and even, “we shared his interview with others in the company because we had never heard him say that before.” That was immensely gratifying. I don’t like watching my shows, but I love creating them. I look forward to synthesizing ideas and connecting people. I got more time with Bezos than other national journalists did when he rolled out the latest Kindle device; Costco’s Jeff Brotman had never done an in-depth on-camera interview before; Dreambox Learning’s Jessie Woolley-Wilson invited me out to lunch in Bellevue a few weeks later.

Although our compact shooting schedule was grueling, it afforded me the ability to draw connections between my various guests, nearly in real time. This is most obvious in the “City of Innovation” video above in my interviews with Jeff Brotman, Starbucks Chairman and CEO Howard Schultz, and glassybaby founder Lee Rhodes.

I drew even deeper connections as we attempted to tie related interviews to the clips we had isolated for the museum’s exhibit on innovation through a spreadsheet of metadata (baseball metaphors, pursuing innovation as a person of color, the importance of failure). 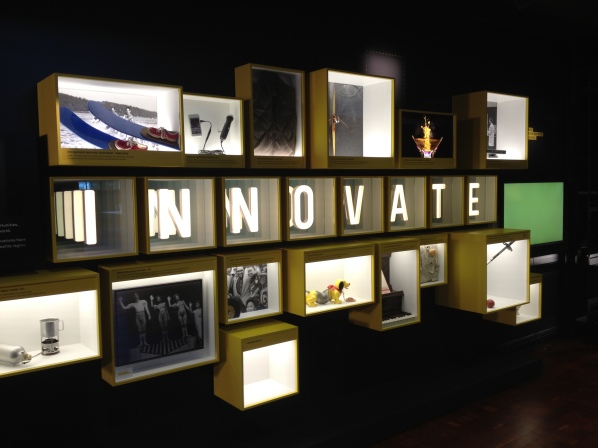 As I framed of our most recent show:

Bill Boeing pioneered commercial aircraft at the turn of the 20th century on the shores of Lake Union. Less than 20 miles away, Bill Gates launched a software empire. And across the street from the Museum of History and Industry, where Jeff Bezos recently opened his Center for Innovation, he continues to innovate at Amazon.com. In this episode, host Hanson Hosein will tour the new exhibit as well as connect with some of the region’s key innovators to explore the key question: how do we inspire the next wave of innovation?

Ultimately, these connections come easy in an area that an abundance of creative spirits inhabit so densely. I’m glad to have had the opportunity to tap into it.