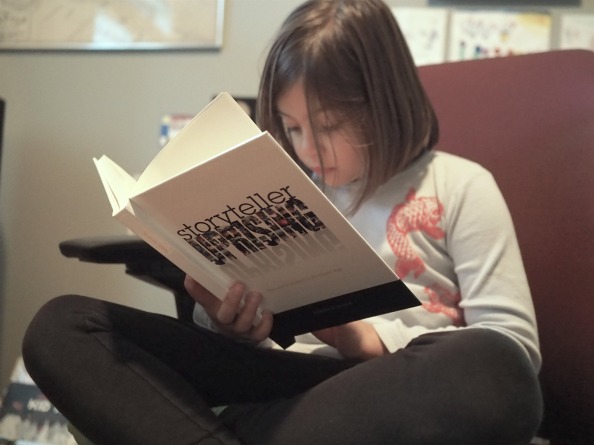 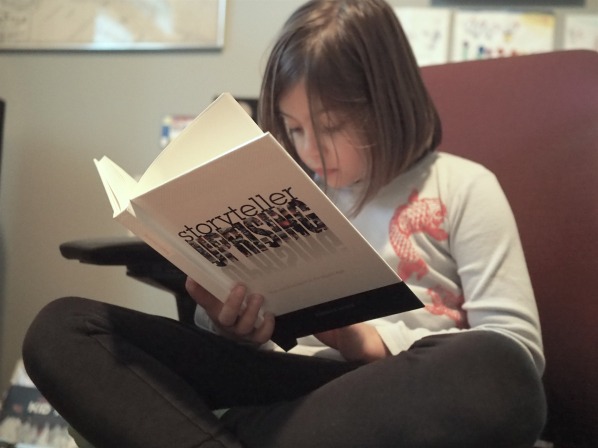 What happens when our heroes grow old? Does their narrative come to an end to make way for the next generation? Or do they have another part to play?

As a lifelong fan of epic, historical fiction (yes, that includes James Michener and Ken Follett), I always found it sad to watch my investment in main characters diminish when their early storylines collapse into their offspring’s as the book shifts into another era.

But that dramatic fate is as inevitable as our own departure from the stage. Indeed, our Aristotelian three-act story structure can be directly aligned with our fully-realized lives: from birth, to adulthood, to decline.

I was struck by this yet again when I discovered that with Mark Hamill’s latest Star Wars appearance in The Force Awakens, he is two years older than was his on-screen mentor, Alec Guiness’ Obi-Wan Kenobi back in 1977.

Ouch. Youthful, vibrant Luke Skywalker, the hero of so many Generation X childhoods was now the grey-bearded guy in the hoodie. Kind of what I look like these days: my films are made, the book is written, the awards are won.

But the curtain has yet to drop (and I’ve kept my distance from any disaffected pupil’s light saber). I realize that my once-emerging role as mentor is now a full-blast(er) occupation. I can see what kind of impact I might have on those who seek transformation in their own lives. So I’ve taken care in developing a methodology to guiding those who ask me for advice.

Heroes are introduced in the Ordinary World where
they receive the Call to Adventure.
They are reluctant at first or refuse the call, but are encouraged by a Mentor to
Cross the First Threshold and enter the Special World where
they encounter Tests, Allies, and Enemies.
They Approach the Inmost Cave, crossing a second threshold
where they endure the Ordeal.
They take possession of the Reward and
are pursued on the Road Back to the Ordinary World.
They cross the third threshold, experience a Resurrection, and are transformed by the experience.
They Return with the Elixir, a treasure that benefits the Ordinary World.

I’m not quite ready to declare my journey over yet, however I recognize that increasingly, I have the capability, ability and credibility to give the hero the supplies, knowledge, and confidence required to overcome his or her fear and face the adventure.

I started last year with a TEDx talk to 1,200 young people at Oregon State University on why they needed to “drop the mic” professionally, and I ended 2015 by convening a conversation with 2,000 MBA students on how “to spark a movement.” This week, I’m in the Bay Area to lecture honors bachelor students at the University of California Santa Cruz, who’ve made my Storyteller Uprising book required reading. And I meet regularly with my own students to help them embark on their own professional adventure as they go through the graduate program that I direct.

Before I suggest a path for them to take, I usually begin with these two very basic questions:

(1) If you lost your job today, or urgently needed resources to survive, what’s the one thing you can do that you would get paid for? By asking this, not only am I asking students to reflect upon their monetizable skills, I see it also as an entry point into an existential conversation as to who they are right now — and how they might be recognized by the outside world if stripped of all insulation that an employer or family might usually provide. In this way, I get them to listen to their head. A simple way to figure this out is, if they had to start their own business, what services would the homepage of their website describe?

To continue with the Star Wars metaphor (I don’t usually engage in this much pop culture pandering, but its universality makes it a useful device), Luke would put himself out there as a pretty good pilot if he could ever get off the farm.

(2) When you’re not at work, what’s the one thing you would do regardless of whether you were paid for it or not? This point of this question is to get at how students’ use their “cognitive surplus” to do truly creative things that may signal their true passion, and possibly, the start of their true journey. Often, an easy indicator is when their work is done, what are my mentees regularly seeking out online as content that inspires or intrigues them? It’s an enriching endeavor, but one they don’t consider “work,” feeding what drives them in their spare time. This is listening to their heart.

In the Star Wars universe, Luke would leave his home and learn the ways of the Force.

And with this, the transformation can begin. Who are they now? Where do they need to go? And what do they already have to get there? What do they still need?

At this point, I begin to craft a directive that can help them overcome any reticence. Can they continue to build on their answers by owning their skill very directly and publicly (and not just because they work for say, Starbucks or Microsoft), even as they boldly start to develop their subject matter expertise through their own unique, identifiable voice to be expressed to the world?

Ultimately I’m trying to accelerate their journey by tapping into what they already know about themselves. They just may not have had someone listen closely and speak it back to them it clearly, audibly, and iteratively in a way that allows them to think, “This is a risk worth taking.”

Should we agree that this way forward makes sense, I then start to consider who in my network of influencers can support them as they embark. If they can apply their existing skill set and credibility to their aspirational quest, well then um (this is hard for a guy who’s more Tolkien than Lucas), it’s only a few more steps to connecting to Han Solo, Princess Leia and the rebellion, blowing up the Death Star and overthrowing the Empire. Or finding true professional satisfaction that has a greater impact than what a more traditional career path may have yielded.

It’s not that my own training is yet complete. In this election year of 2016 (my first as an American citizen) we’re rebooting my still successful Four Peaks TV show, bolstering my grad program’s competitive advantage in storytelling, and fueling the futures of another remarkable cohort of students that will join our expansive network.

So to all us wannabe grey-follicled Lukes and Leias who suddenly find ourselves shopping for hoodies, it’s ok. Choosing to accept this particular mission means that we can still be a hero to others.