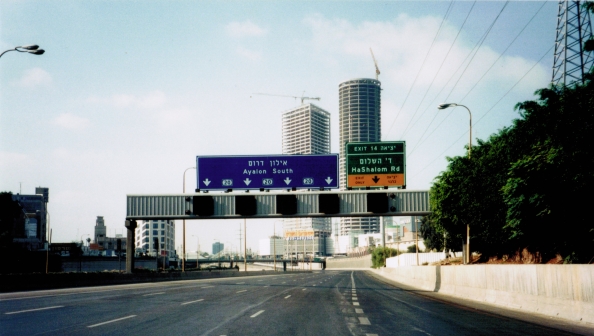 Three days after Christmas, the father of one of my closest friends e-mailed me out of the blue. I hadn’t connected with him in years. But long before Facebook and even blogs, he “subscribed” to personal essays that I would share during my time as a journalist in the Middle East:

“In my 90th year, I am finally going through some old files. I came across an article that you wrote when you were in Israel as a producer of NBC News. It was sunset during Yom Kippur and you referred to “Kol Nidrei.” It is a beautiful, sensitive article and brought back many warm memories.”

When I received this e-mail, I was trying my best to “disconnect” during the holidays, with family in town. I responded seven days later, copying my friend, his son. That same morning, my friend replied that his father had just passed away. Much to my distress, I discovered that he had done so a mere few hours before he would have received my response.

My immediate feelings? Profound sadness, as well as guilt for not writing back in time.

But today, my friend e-mailed me again. Shiva (the Jewish period of mourning) had just ended; he expressed how glad he was that his father had written me before he died. And he asked me to send him that particular Yom Kippur essay.

As I scoured my archives and scanned the old photograph that captured the essence of that day, I realized that in 2017, this experience would have earned just another ephemeral status update. So I’m grateful that I invested the effort in 1998 to express a moment that could still resonate for someone else. It reminds me that it’s still important to take the time to tell our stories to others — no matter how busy we get.

The sun had set. Three men stood at the head of the room inside Beit Brodetsky, a synagogue for conservative Jews. Two of them held the scrolls of the Torah — the scriptures known to Gentiles as the Old Testament. The congregation recited in one voice, in Hebrew: “All vows we take, all promises and obligations we make to God between this Yom Kippur and the next we hereby publicly retract in the event that we should forget them…”

It is the “Kol Nidrei,” a legal formula that allows Jews to annul all vows they may make to God in the coming year. The idea is that it is a sin not to fulfill such a promise. So, by relieving you of the obligation in front of this symbolic court of three men, you are relieved of the guilt of committing such a sin.

I stood with the rest of the congregation, struggling to read the prayer book with my rudimentary Hebrew (luckily there was an English translation on the other page), pondering this amazing concept of the absolution of guilt. It was the start of the holiest of days in the Jewish calendar: Yom Kippur — the day of atonement.

My colleagues at NBC here in Israel had told me that my predecessor had once said that every country should have its own version of Yom Kippur. This being my first one, as a non-Jew and a North American, I have to agree. Beyond the religious importance of this day (“in the seventh month, on the tenth day of the month, ye shall afflict your souls, and do no work at all” — Leviticus 16:29), it is an incredibly peaceful and introspective time. For twenty-four hours, all of Israel comes to a halt.

In fact, I had to ride my bike to Beit Brodetsky, because once the sun went down, no one was allowed to drive until sunset the next day. As a Jew, you’re supposed to deprive yourself of comfort and luxury on Yom Kippur as you atone for your sins. All of the synagogue’s congregants had walked to the service. Most were dressed casually in simple dresses and khaki pants. Some were more religious than others: one man, wore a dark suit and tie, but with sneakers and a cloth belt (leather is considered a luxury).

As I left the synagogue after the two-hour service, I had to pedal around the children who had flocked to the streets with their bikes and rollerblades. It was their revenge against all the drivers who had deprived them of their space and freedom during the other 364 days of the year. They had taken back the streets.

This morning, I woke to…silence. I slid open my picture window that looked out upon a busy main street, and the Mediterranean Sea in the distance. A weekday, with no cars, no buses, no trucks. The air was entirely clear and clean; the sea, bright turquoise blue. For once, I could leave the window completely open, not having to worry about car horns, ambulance sirens, diesel fumes, and dust. Then, I decided that I had to take advantage of this unique opportunity.

I took my bike out and hit the road. I could not believe how relaxed I felt, not having to worry about the traffic. It was time to be audacious, I turned right and took the entrance ramp — onto the highway.

In this way, I rode southbound, across the top of Tel Aviv, on a road upon which vehicles normally roar by at 100 km/h or more. A few police cars did pass me. Their lights were flashing, but they refrained from using the siren. And they gave me the benefit of the doubt, and the road, leaving me lots of space to ride in the middle lane of the highway. A couple of civilian cars also drove by. I wondered whether they were on legitimate emergency business, or transgressors, taking advantage of the early hour, thinking that most religious people were either still asleep or at morning service. Two teenagers rollerbladed ahead of me, and then exited on Laguardia Street.

I took the next exit — Bat Yam — and found myself in southern Tel Aviv. The streets were entirely empty. I stopped to take in the silence. I noticed that there seemed to be more flies than usual. I suppose that unmolested by pollution and people, they feel free to take to the skies and look for garbage that has not been picked up because of the holiday.

I have had to struggle to find metaphors to describe this day. There is a certain post-apocalyptic feel to Tel Aviv on Yom Kippur. It is hard not to think that — with a few people walking the streets with their prayerbooks, kids running amok, shops and offices shuttered tight, cats reigning supreme in the alleyways — the end of the world has come and gone. But that is too negative of a comparison to draw. Let us just call it a surreal, somber, day-for-night feeling, which everyone should have the chance to experience — if only once a year, or just once in a lifetime.