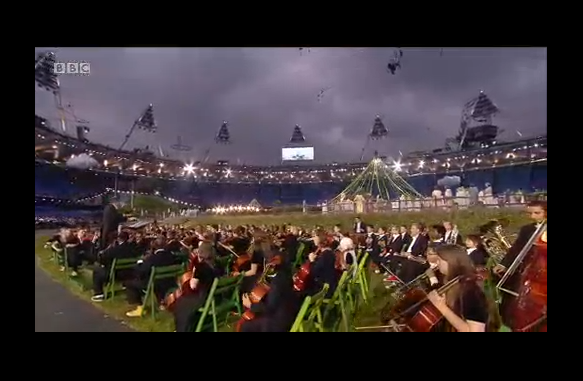 NBC’s Olympics coverage has been a decades-long exercise in frustration for me. I’ve never enjoyed their saccharine production values, and have always been annoyed by their tape delays. I know they’re trying much harder this year to make coverage available live online, but once again, NOT the opening ceremonies (to the overwhelming exasperation of the Twittersphere). In their quest to maximize profits, they seem to conveniently ignore that the opening ceremonies is a global news event that deserves to be witnessed in real time.

I’ve been an employee of both NBC and CBC, and have always been more partial to CBC’s more international coverage of the Games.  But this year (and right now with the opening ceremonies), I’ll certainly try sample some of Comcast’s streaming options, but I’ll be largely tuning into the BBC’s Olympics coverage online, thanks to a VPN service that gives me a UK IP address.  On top of that, Apple’s latest update to OS X, Mountain Lion, now allows me to stream anything directly from my computer to my TV via Apple TV.  No wonder Wired declared “Why Mountain Lion Just Became the Ultimate Cord Cutting OS.”

The BBC stream was overwhelmed, so this London-born viewer switched to its small player to limit buffering difficulties (streaming through my VPN probably didn’t help). Well done BBC. It’s been an amazing ceremony, Danny Boyle’s historical and cultural approach to Britain’s narrative  has been superlative (agrarian society to industrial age, British pop music, Tim Berners-Lee, Mr. Bean, recognition of the terrorist attacks on the London underground the day after the city was awarded the Olympics. There’s only one flaw: no Doctor Who!

Update: these two pieces really nail NBC (and the IOC) for not airing the ceremonies live  (a live global news event should be covered as such — live; inauthentic use of social media by NBC staff who live tweeted the event when it wasn’t airing, then pretended it was live when the recorded, edited version aired hours later; a ceremony that celebrates the global village enabled by social technologies was, ironically, blocked by the nation that invented many of these technologies).

Please, NBC and IOC, Learn How to Share the Olympics (Mashable)